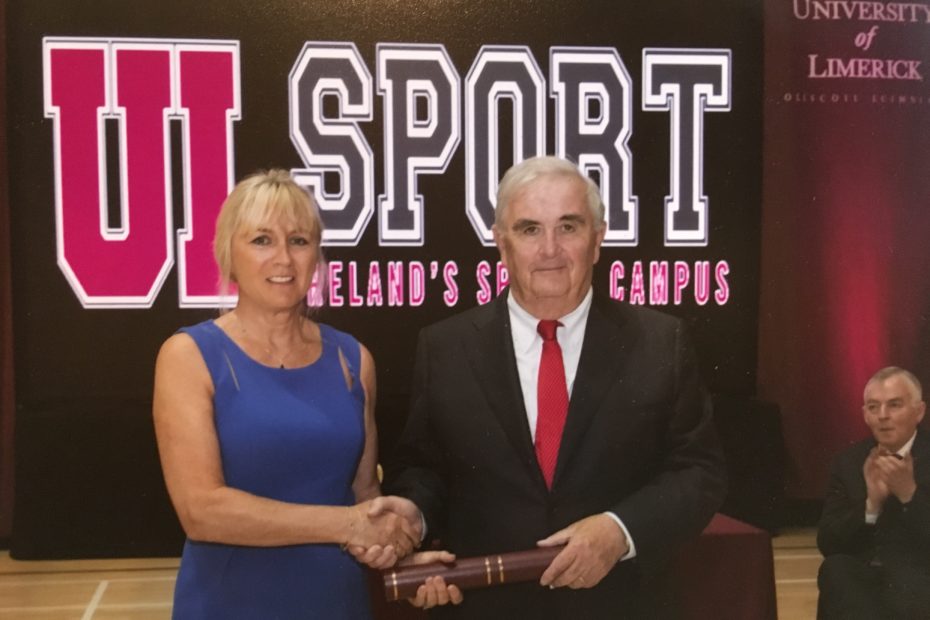 Originally from Mullingar Co. Westmeath, Ruth Algar was one of Ireland’s leading track and field athletes in the 70s. She was a national champion in the 100 metres, 200 metres, 100 metres hurdles and a member of the Irish 4x 100m relay team.

She represented Ireland and her university with great distinction between 1970 and 1978. Ruth also qualified for the 100 metres for the 1976 Olympics but due to lack of funds at the time did not get to Montreal.

Ruth graduated in 1976 with a Bachelor of Education in Physical Education from what was then known as the National College of Physical Education, (subsequently known as Thomond College and then UL). She was part of the first physical education third level degree programme in Ireland.

The students on this course were handpicked for their sporting prowess and their high academic standards. Entry to the programme was granted only after a rigorous assessment. The students were seen as the pioneers who would shape the future of physical education in Ireland. Prior to 1973, P.E. training was extremely limited and consisted of ten male students being sent to study in London.

Irish in France wishes to honour Ruth Algar, an Irish citizen living in France, for her outstanding sporting achievements. Ruth has also been inducted to the UL Sports Hall of Fame. We are honoured to have Ruth Algar with us as Grand Marshal of the 2020 Paris, St. Patrick’s Day Parade.

Back to Home Page

We use cookies to ensure that we give you the best experience on our website. If you continue to use this site we will assume that you are happy with it.OkNoPrivacy policy